Create an Account - Increase your productivity, customize your experience, and engage in information you care about.

Sanford's first official Sister City relationship is with Yixing, China, located along the southern part of the Yangtze River.

Yixing is a city of 1.4 million people and is known as the Chinese Pottery Capital due its centuries-old tradition of purple sand pottery. The city's pottery heritage is the basis for its relationship with Sanford.

Officials from the City of Sanford began communicating with Mayor Xhang Lijun in 2013.

A six-person delegation that included Mayor Chet Mann, Councilman J.D. Williams, and Councilman Sam Gaskins traveled to Yixing in 2015 to solidify the sister city relationship. They were accompanied by Economic Developer Bob Joyce and two private citizens with experience in Chinese customs and business practices.

While there, the delegation attended the International Sister Cities Forum in Wuxi, where they met other Sister City delegations from the United States. Most had waited many years for their Chinese Sister City.

The process of establishing Sanford's official relationship with Yixing was streamlined with help from the Carolina China Council based in Raleigh. Central Carolina Community College's Confucius Classroom also put us on good footing.

In 2016, a 5-person delegation from Sanford returned to Yixing to attend the International Ceramic Culture and Arts Festival and Autumn Economy & Trade Fair.

Kevin Brown of North Cole Pottery participated in the trip and exhibited traditional North Carolina face jugs at the festival.

Sanford was the only U.S. city with pottery on display.

Goals of the Sister City Program

The Sister City initiative has three main goals for Yixing and any other sister city relationships that may come: cultural exchange, economic development, and educational opportunities.

Sanford hopes to celebrate what makes each city unique as well as the similarities that bring us together. With Yixing, we also hope to explore how a sister city relationship can provide an advantage to Sanford-based companies operating in China or bring Chinese investment to Sanford.

We anticipate that the relationship between sister cities like Yixing and Sanford will provide wonderful opportunities for students of all ages -- from educational and artistic exchanges to business training.

The relationship could also lead to an enhanced connection between Central Carolina Community College and vocational colleges in Yixing. 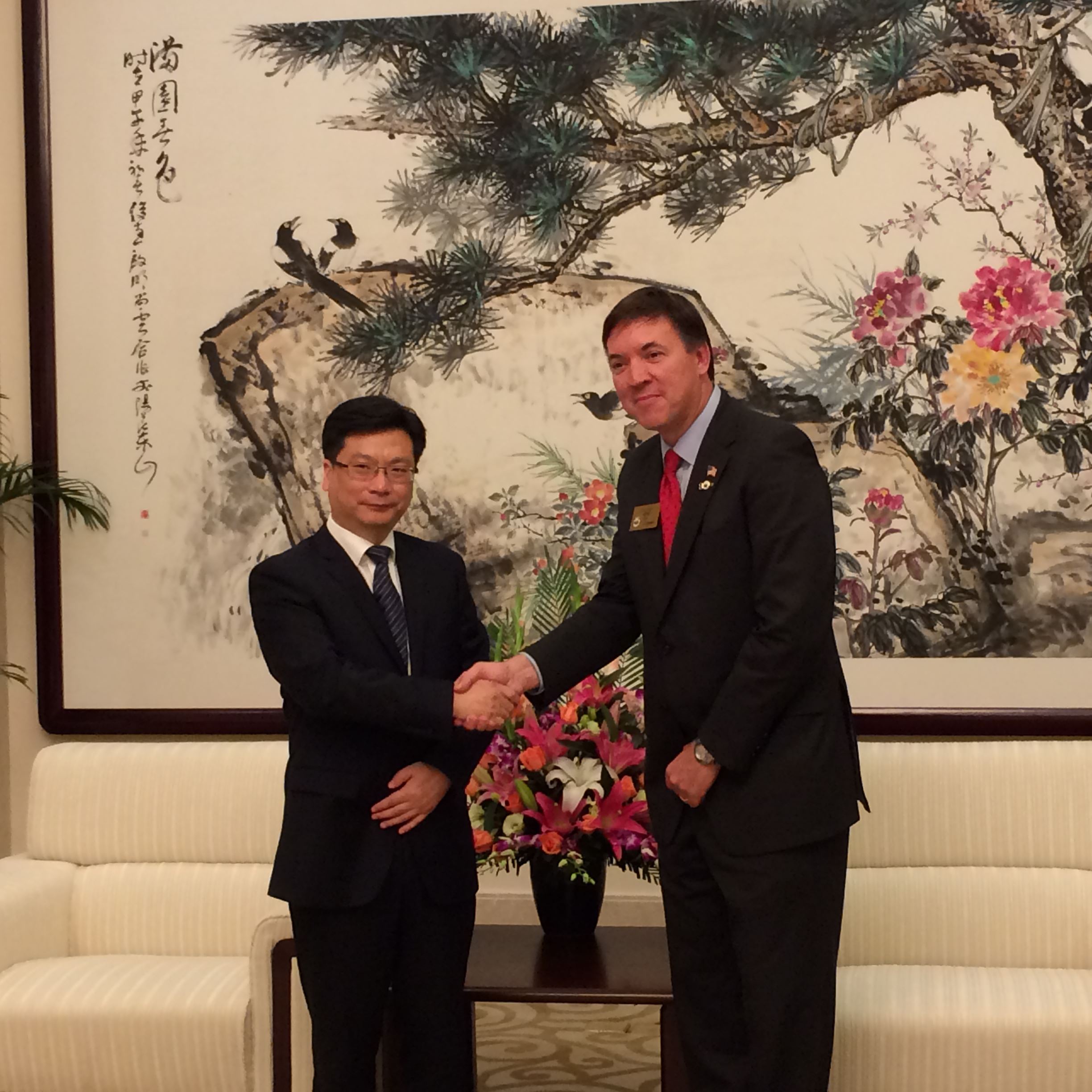